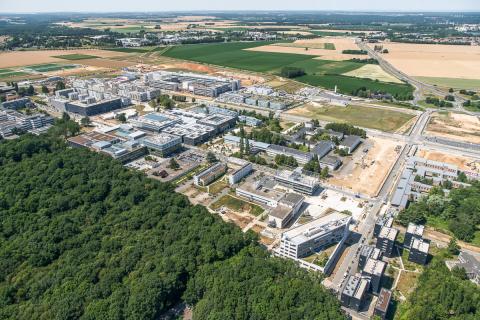 Every year, on August 15th, Shanghai Jiao Tong University publishes a ranking of the Top 1000 universities in the world. This year, Paris-Saclay University has been ranked among the Top 20 institutions worldwide.

The 2020 Shanghai Ranking, comprising all disciplines, has just been published online, listing the best academic institutions for research worldwide. Paris-Saclay University was established in January 2020 and ranked for the first time in the ARWU (Academic Ranking of World Universities) as the top French institution.

« We knew that the fact we were ranked first in Mathematics as well as our high performance in 10 other fields in the Top 50 in the thematic ranking published in July could foreshadow this new international recognition. I am extremely satisfied as being ranked 14th as of this year gives credit to those who, for years, have believed in the new university model we have created so that the potential of the French higher education and research can be expressed at its best », said Sylvie Retailleau, President of Paris-Saclay University. « I am obviously thinking of our constituent faculties, our Grandes Ecoles and our partner national research organisations that are at the heart of this scientific recognition together with all the laboratories and training programmes. I am also thinking about two associate universities which, as part of the merger process, will soon be included in the ranking scope of Paris-Saclay University. I would like to thank the French Ministry of Higher Education, Research and Innovation for its commitment to help make these new university models be internationally recognised. All those who, in one way or another, have contributed to the creation of Paris- Saclay University, policy makers, academic, administrative and technical staff members, industrial and community partners, may be proud of this recognition which is not only an asset for our university and our students but also for all our partners and more generally for the French higher education and research. The outreach of national academic research is a requirement to be able to efficiently collaborate internationally. »

Created in 2003, the Shanghai Ranking recognises the best higher education institutions among more than 17,000 universities all over the world. It takes six criteria into account, including the number of Nobel Prize and Fields Medal winners, the number of Highly Cited Researchers and the number of articles published in journals of Nature and Science. Paris-Saclay University has 2 Nobel prize winners and 10 Fields Medals in the Orsay Faculty of Science and IHES (Institute of Advanced Scientific Studies), as well as 35 Highly Cited Researchers in their disciplines, affiliated with the Orsay Faculty of Science, the Kremlin-Bicêtre Faculty of Medicine, the Institut Gustave Roussy, the Châtenay Malabry Pharmacological Faculty, CentraleSupélec Graduate School, and also with the research organisations CEA (Atomic Energy and Alternative Energies Commission), the CNRS (French National Centre for Scientific Research) and the INRAE (French National Institute for Agricultural Sciences).

With 48,000 students, 8,100 academic-research staff and 8,500 technical and administrative staff, it provides a complete and varied programme of courses ranging from undergraduate degrees to Doctoral programmes, recognised for their quality thanks to the reputation and commitment of its teaching staff.

Located in the south of Paris, on a vast site (from Paris to Orsay, including Évry and Versailles), Paris-Saclay University benefits from a strategic geographical and socio-economic position that is strengthened by its international visibility. A cutting-edge university, with particular strengths in the sciences and highly recognized in mathematics and physics, as well as in biological and medical sciences, agriculture, engineering and social and human sciences, Paris-Saclay University operates in a designated natural area, near Paris and at the heart of a dynamic economic structure.